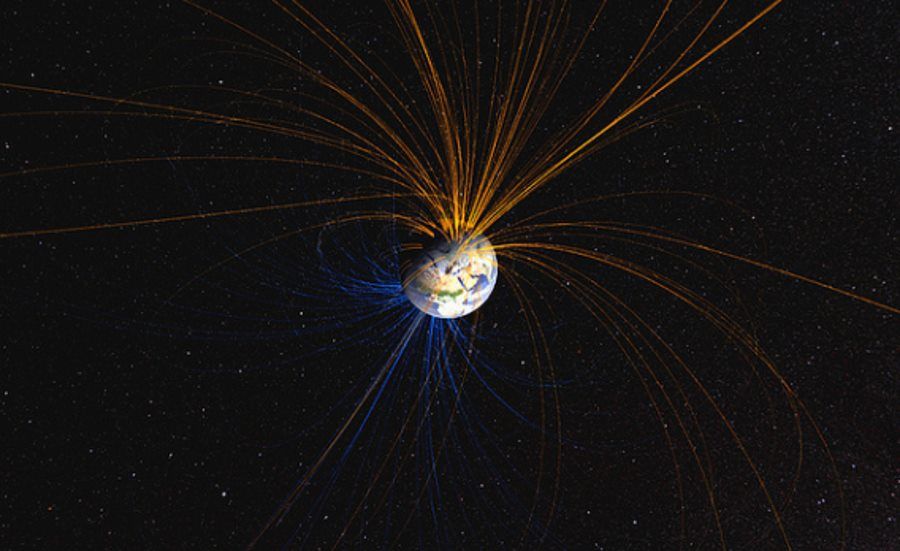 Earth’s north magnetic pole is moving, and its movement accelerated significantly at the end of the last century. These changes force experts to constantly update the magnetic models needed for efficient satellite navigation.

The movement of poThe north magnetic pole of the Earth has been observed for a long time. The process is driven by changes in current motionoin liquid iron in the Earth’s core. The magnetic field not only protects all life on Earth from cosmic radiation, but is also the basis for geomagnetic models of the Earth, whichore are necessary for the proper operation of satellite navigation.

In order to properly navigate the surface of our planet, we need to keep a close eye on what is happening to the magnetic field. With this in mind, every five years scientists refresh the so-called. Earth’s World Magnetic Model (WMM). It forms the basis for any systemoin navigational – from the systemoIn steering ships at sea, to Google Maps on smartphones.

The latest version of it was released by the US National Geophysical Data Center in 2015. The next one was to appear in 2020, but due to the acceleration of changes in the Earth’s magnetic field, it was decided that the new model would be released at the end of January this year.

PoEarth’s north magnetic pole until early last century was located in Canadian territory. It is currently located near the geographic pole of the poNorth and seems to be heading towards Siberia. Moreover, it appears that its movement has accelerated significantly. Until recently, it moved about 15 kilometersoper year, but since poThe figure for the 1990s is as high as 55 kilometersow per year.

Problems with the WMM were noted in early 2018. Scientists from the National Oceanic and Atmospheric Administration (NOAA) and the British Geological Survey in Edinburgh, during its inspection, observed that changes in the magnetic field led to model inaccuracy exceeding acceptable navigational errors. The usual margin of errorow was exceeded after 5 years, but has now been reached much earlier. The amendment was supposed to appear this week, but due to the ongoing suspension of the government in the US, the deadline has been postponed until January 30.

– The error is increasing all the time – admitted Arnaud Chulliat, a geomagnetism expert from the University of Colorado Boulder and NOAA. The problem lies partly in the Earth’s moving magnetic pole and partly in other shifts deep inside the planet. In 2016, for example, part of the magnetic field temporarily accelerated deep beneath the poThe northern areas of South America and the eastern Pacific Ocean.

Experts closely observing the magnetic field in recent years have realized that something is wrong. The aforementioned 2016 event happened at the worst possible time, because a year after the release of the still valid WMM. Strong fluctuations in the magnetic field happened just after the model update. On top of that, the movement of the pole poNorth pole has worsened the problem.

The pole is wandering in an unpredictable wayob. It is fascinating to discoverow and scientistscow since James Clark Ross first determined its position in 1831 in the Canadian Arctic. In 2001, the magnetic pole entered the Arctic Ocean, and last year it crossed the International Date Shift Line. Probably wkrotce it will have to be sought in Siberia.

– The fact that the pole is moving rapidly makes this region most susceptible to large navigational errors – explained Chulliat.

Scientists continue to prob are trying to understand why the magnetic field is changing so rapidly. Geomagnetic pulses, similar to the one in 2016, can be attributed to waves "hydromagnetic" arising from deep within the Earth’s core. In contrast, the rapid movement of the poThe north magnetic pole can be associated with rownie rapid movement of liquid iron flux under Canada.

– Location pohe north magnetic pole seems to depend on dwoch areaoin the nucleus. One of them is located under Canada, the other under Siberia. It appears that this Siberian is currently winning out – said Phil Livermore of the University of Leeds.

In contrast, the vast area of the magnetic field stretching from Chile to Zimbabwe has become so weak that it threatens to pass dangerous levels ofoin radiation and damage to the delicate electronics of satellites passing over the regionow.

There is currently a debate in the scientific community as to whether the aforementioned events herald a complete reversal of theoThe price of the Earth’s magnetic field (the so-called. Earth’s polarization), or whether they are signs of long-term weakening of the entire field. Unfortunately, no one is really sure what is going on.